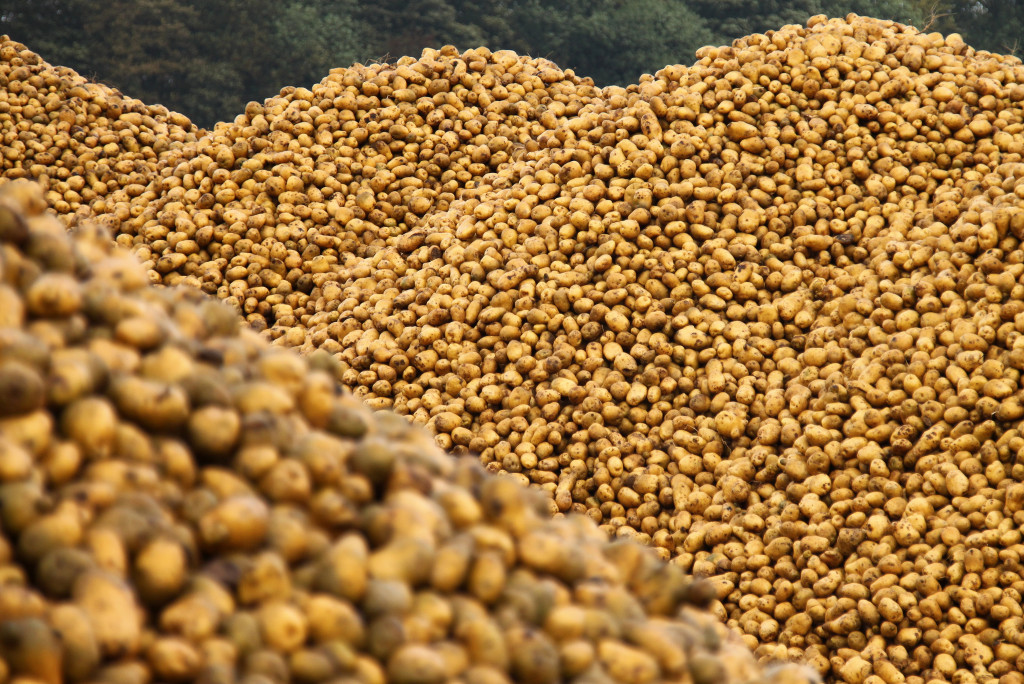 While the retail channel is most familiar to students, wholesalers play an important role as intermediaries. Intermediaries act as a link in the distribution process, but the roles they fill are broader than simply connecting the different channel partners. Wholesalers, often called “merchant wholesalers,” help move goods between producers and retailers.

For example, McLane Company Inc. is among the largest wholesalers in the United States. The breadth of its operations is described on the company website:

Let’s look at each of the functions that a merchant wholesaler fulfills.

Imagine a situation in which a farmer grows a very large crop of potatoes. If the farmer sells all of the potatoes to a single wholesaler, they will negotiate one price and make one sale. Because this is an efficient process that allows the farmer to focus on farming (rather than searching for additional buyers), they will likely be willing to negotiate a lower price. Even more important, because the wholesaler has such strong buying power, the wholesaler is able to force a lower price on every farmer who is selling potatoes.

The same is true for almost all mass-produced goods. When a producer creates a large quantity of goods, it is most efficient to sell all of them to one wholesaler, rather than negotiating prices and making sales with many retailers or an even larger number of consumers. Also, the bigger the wholesaler is, the more likely it will have significant power to set attractive prices.

Once the wholesaler has purchased a mass quantity of goods, it needs to get them to a place where they can be purchased by consumers. This is a complex and expensive process. McLane has invested more than $1 billion in their national network of 24 modern distribution centers covering the entire U.S., and in maintaining a modern fleet of more than 3,000 multi-temperature trailers.[2] Having outfitted centers with state-of-the-art inventory tracking systems allows McLane to manage the diverse products that move through the center. It relies on its own vast trucking fleet to handle the transportation.

Wholesalers buy a very large quantity of goods and then break that quantity down into smaller lots. The process of breaking large quantities into smaller lots that will be resold is called bulk breaking. Often this includes physically sorting, grading, and assembling the goods. Returning to our potato example, the wholesaler would determine which potatoes are of a size and quality to sell individually and which are to be packaged for sale in five-pound bags.[3]

Wholesalers either take title to the goods they purchase, or they own the goods they purchase. There are two primary consequences of this, both of which are both very important to the distribution channel. First, it means that the wholesaler finances the purchase of the goods and carries the cost of the goods in inventory until they are sold. Because this is a tremendous expense, it drives wholesalers to be accurate and efficient in their purchasing, warehousing, and transportation processes.

Second, wholesalers also bear the risk for the products until they are delivered. If goods are damaged in transport and cannot be sold, then the wholesaler is left with the goods and the cost. If there is a significant change in the value of the products between the time of the purchase from the producer and the sale to the retailer, the wholesaler will absorb that profit or loss.

Wholesalers also influence which products the retailer offers. For example, McLane Company was a winner of the 2016 Convenience Store News Category Captains, in recognition of its innovations in providing the right products to its customers. McLane created unique packaging and products featuring movie themes, college football themes, and other special occasion branding that were designed to appeal to impulse buyers. They also shifted the transportation and delivery strategy to get the right products in front of consumers at the time they were most likely to buy. Its convenience store customers are seeing sales growth, as is the wholesaler. [4]

As distribution channels have evolved, some retailers, such as Walmart and Target, have grown so large that they have taken over aspects of the wholesale function. Still, it is unlikely that wholesalers will ever go away. Most retailers rely on wholesalers to fulfill the functions that we have discussed, and they simply do not have the capability or expertise to manage the full distribution process. Plus, many of the functions that wholesalers fill are performed most efficiently at scale. Wholesalers are able to focus on creating efficiencies for their retail channel partners that are very difficult to replicate on a small scale.