Hawai‘i, the fiftieth state of the United States, is an island chain in the Pacific Ocean with hundreds of islands, atolls, and reefs. Only eight of these islands are inhabited today, but the chain continues to grow with volcanic activity on the “Big Island” of Hawai‘i as well as faults under sea level. Hawai‘i is the northernmost island in a geocultural grouping of islands in the Pacific called Polynesia. The map below shows Hawai‘i to the north, New Zealand (Aotearoa) to the southwest, and Easter Island (Rapa Nui) to the southeast. The people living in Polynesia are all related in cultural and ethnolinguistic terms. The first settlers to Hawai‘i came from the Marquesas Islands around 300CE and later from settlers from the Tahitian Islands around 1000CE, bringing Polynesian mythos, foodstuffs, agriculture, and culture. 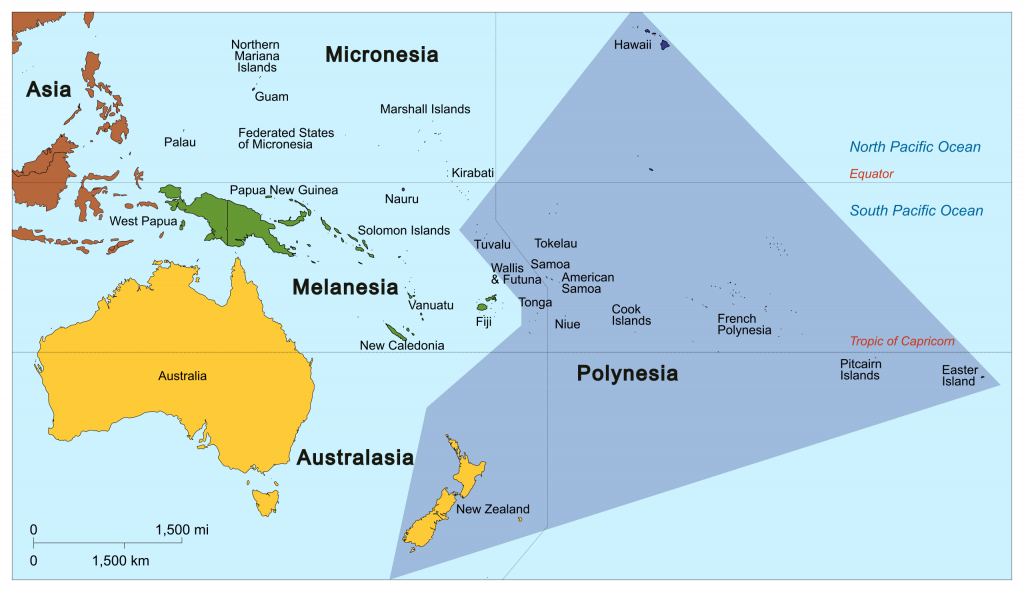 The islands were unified by King Kamehameha I in 1795. The Hawaiian kingdom lasted until 1893 when its queen was overthrown by American businessmen and later given statehood by the United States. Today Hawai‘i is a multicultural place with a long history of immigrants coming to the islands. This cultural melting pot has musics that are heavily influenced by American, Japanese, Chinese, Filipino, Portuguese, and of course Native Hawaiian cultures. For this section, we will deal mainly with the dance of Native Hawaiians called hula and the music that is tied to the tradition.

Hawaiian dance, music, and chant are passed down via oral traditions. This type of transmission passes on knowledge from one generation to the next through spoken words and physical action rather than through written means of communication. This allows for a continuous line of information from a teacher to their pupils. When the pupil masters the material and gains the right to teach, the tradition is passed on again.

Mele are verbal chants in the Native Hawaiian language. These chants come in many forms and are used for specific occasions. For instance, a “mele pule” is specifically a chant for religious purposes whereas a “mele pana” is used to honor a place or person. The example below is a typical “mele hula” that is used for kahiko style dance, this particular mele is often used as an entrance piece for troupes to take the stage.

The instruments associated with kahiko style are used by both the dancers and the chanters. The dancers can use a number of different implements, mostly idiophones with a couple examples of membranophones that add sonic effects to the dance. The chanters often use gourd drums or large skinned drums made from wood and these instruments provide the driving rhythmic motion for the music. 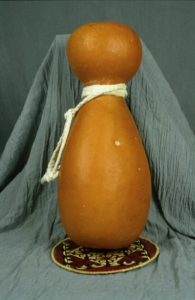 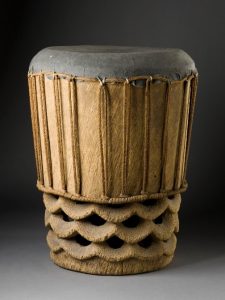 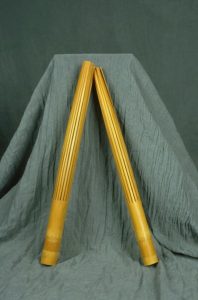 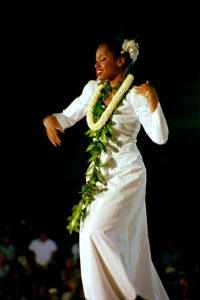 ‘Auana style hula does not use chant. This style developed after the importation of non-Hawaiian popular musics from America and Hawaiian interpretations of foreign musics. The following example is typical of ‘auana style music with a small instrumental group including guitars, string bass, piano, and most often, ‘ukulele. Though sonically this example is quite different from the mele hula example above, the strict metric order and steady tempo in both styles allows for dancing.

Pahu, ipu heke, and some other instruments are not used in ‘auana style music due to the sacred nature of those instruments. ‘Auana style dancers use the slit bamboo pu‘ili often as well as a flourished and feathered rattle.

Visually, the two styles are quite different. The motions in kahiko style are often more forceful to show strength and fierceness. This style tends to highlight the power of both male and female dancers. The video below is an example of a warrior hula showing off the strength and ability of the male dancers. Note the fierce movements and exaggerated motions. 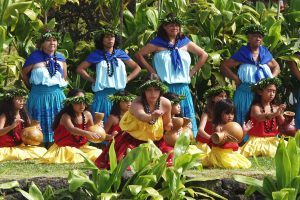 Kahiko style is also noted for its pre-colonial dress. The garb worn by the men in the video above is based on an ancient form of ceremonial warrior clothing and intentionally shows the body of the male dancer. The female garb for this style is quite modest and often incorporates natural fiber fabric skirts, shell necklaces, and head and ankle bands made of leaves.

‘Auana dancers utilize a variety of clothing. Men can wear board shorts and aloha shirts, while women can wear modern gowns or hand-crafted skirts made of ti leaves ornamented with feathers and flowers. This style often incorporates more creative interpretations for visual effect. The video below is a female ‘auana dance. Note the more graceful and flowing motions of the dancers. Not only are they more feminine than the male warrior dance above, the texts in ‘auana tend to be lighter and less serious than those found in kahiko. Not all ‘auana examples are this slow, some are quite fast and energetic.

The most important trait of hula is the confluence of text and movement. The dance is interconnected with the text and the text is enhanced by the dance. While some traditions, including more Western cultures, can separate music from other cultural practices, Hawaiian cannot separate hula from its music. Without one, the other does not make sense.