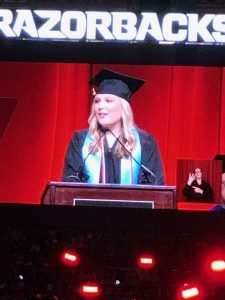 The category of speeches that you are most likely to have to give is ceremonial speeches. Ceremonial speaking, originally called epideictic oratory, includes graduation speeches, wedding speeches, eulogy speeches, after-dinner speeches, award speeches, toast speeches, and tribute speeches. The biggest thing that these have in common is that they have a heavy emphasis on pathos-emotion. When listening to a ceremonial speech, an audience expects to feel something and to feel a part of something. To achieve that, a good ceremonial speech will include identification, narration, and magnification.

In many ways, special occasions are the punctuation marks of life.
They are the rituals that draw us together
in celebration of some person or event
Teri and Michael Gamble
communication scholars

This chapter will look at identification, magnification, and narration and how they function in ceremonial speeches to help you prepare to construct a speech of your own.

In all speeches, the audience should feel like you are considering their needs, this is especially true in a ceremonial speech. In a ceremonial speech, your audience in some way becomes part of the speech. To achieve this, you should use a lot of phrases like “we” and “our.”  In the graduation speech by Matthew McConaughey, he uses “we,” and “you” words over 400 times–that is a lot of identification!

Fun fact: Matthew McConaughey is a professor of practice at the Moody College of Communication at the University of Texas at Austin. https://moody.utexas.edu/faculty/matthew-mcconaughey

Here are a few ways that my students used identification in their speeches.

The Survivor Tree, an Elm, still stands as a witness of that day as a symbol of our resilience. The same kind of resilience all Americans have when faced with a tough obstacle to overcome. Tribute to OK City Memorial

My grandpa Jack is like the wind. We can’t see him but we can feel him. He is always with us.
Lily, Tribute to Grandpa Jack

Today, we gather here to honor a famous, and beloved man, Stanley Martin Lieber. We all knew him as Stan Lee
He brought us together
He may be gone but we will not forget what for he did for us.
David Lester, Tribute to Stan Lee 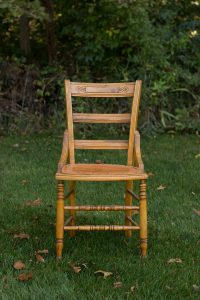 When I do one-on-one speech consultations. I pull up two or three empty chairs and then I ask the person who I am coaching to tell me who is sitting in the chair and listening to their speech. I ask them to show me how that person is included in the speech. I read parts of their speech out loud with them thinking about people in those chairs and then we talk about how we can reword some things to make sure those folks feel included.

These are the most common magnification themes:

Magnification is where you make an action larger than life. Notice how Oprah Winfrey elaborates on the action of Rosa Parks and makes it large and heroic.

I grew up in the South, and Rosa Parks was a hero to me long before I recognized and understood the power and impact that her life embodied. I remember my father telling me about this colored woman who had refused to give up her seat. And in my child’s mind, I thought, “She must be really big.” I thought she must be at least a hundred feet tall. I imagined her being stalwart and strong and carrying a shield to hold back the white folks.

And in that moment when you resolved to stay in that seat, you reclaimed your humanity, and you gave us all back a piece of our own.

Before Mohammad Ali passed, he struggled with tremors. In this eulogy speech, Former President Clinton describes watching him light the Olympic flame. The mere act of walking was a simple thing that was made great by the circumstances.

Finally after all the years that we have been friends, my enduring image of him is like a little reel in three shots: the boxer I thrilled to as a boy, the man I watched take the last steps to light the Olympic Flame when I was president, and I’ll never forget it, I was sitting there in Atlanta, by then we knew each other, by then I felt that I had some sense of what he was living with, and I was still weeping like a baby, seeing his hands shake and his legs shake and knowing by God he was gonna make those last few steps, no matter what it took. The flame would be lit. The fight would be won. The spirit would be affirmed. I knew it would happen.

In addition to identification and magnification, ceremonial speeches should include stories. 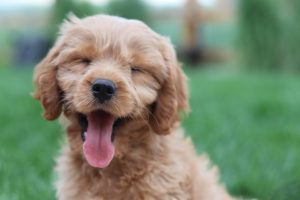 This example is from a University of Arkansas student speech and he is telling the story of picking out his first dog. Notice how the small details help to draw us in and help us to see the event unfold. I left this sample in speech format so you could see how it was written on his manuscript to have a feeling for the rhythm of the speech. (/// slanted lines, signal a pause…the more lines, the longer the pause)

As we approach the house,///

accompanied by their father

open a shed door to the side of the property

Excited to see the little balls of fluff

My parents said to pick a good one

Bryan Stevenson, author of Just Mercy: A Story of Justice and Redemption gave this acceptance speech when winning the Andrew Carnegie Medal for Excellence in Fiction and NonFiction. Notice how his use of narration makes us feel something about his grandmother and then we carry those feelings as he talks about racial justice.

I had a very close relationship with my grandmother. My grandmother was the daughter of people who were enslaved. Her parents were born into slavery in Virginia in the 1840s. She was born in the 1880s, and the only thing that my grandmother insisted that I know about her enslaved father is that he learned to read before emancipation, and that reading is a pathway to survival and success. So I learned to read. I put books and words in my head and in my heart, so that I could get to the places that she needed me to go.

I’m thinking about my grandmother tonight, because she had these qualities about her. She was like lots of African American matriarchs. She was the real force in our family. She was the end of every argument. She was also the beginning of a lot of arguments! She was tough, and she was strong but she was also kind and loving. When I was a little boy, she’d give me these hugs, she’d squeeze me so tightly I could barely breathe. And then she’d see me an hour later and she’d say, “Bryan, do you still feel me hugging you?” And if I said no, she would assault me again!

Did you notice the magnification (the greatness of a simple thing) in learning to read and in hugging?

Did you notice his use of identification by saying, “She was like lots of African American matriarchs?”

Speaking of identification, check out how he uses “we”

We need to change the narrative in this country about race, and poverty. We’re a country that has a difficult time dealing with our shame, our mistakes. We don’t do shame very well in America, and because of that we allow a lot of horrific things to go unaddressed.

I want to hear from you.

Do you have an activity to include?
Did you notice a typo that I should correct?
Are you planning to use this as a resource and do you want me to know about it?
Do you want to tell me something that really helped you?

Albanese, A. (2015). Is this the greatest book award acceptance speech ever? Publisher’s Weekly. https://www.publishersweekly.com/pw/by-topic/industry-news/awards-and-prizes/article/67546-is-this-the-greatest-book-award-acceptance-speech-ever.html

Rigsby, R. (2017). The most inspiring speech: The wisdom of a third-grade dropout will change your life. [Video]. YouTube. https://www.youtube.com/watch?v=Bg_Q7KYWG1g Standard YouTube License.

Thibodeau, P.H and Boroditsky, L. (2011). Metaphors we think with: The role of metaphor in reasoning. Stanford University.

Advanced Public Speaking by Lynn Meade is licensed under a Creative Commons Attribution 4.0 International License, except where otherwise noted.